Something Strange but Still Familiar

I was sitting with a water bucket on the tenth floor of my apartment in Delhi. The idea being if any kind of crackers does make it to my balcony, I can extinguish it with a cool shower of Delhi water. None turned up eventually...for a change this was strange. 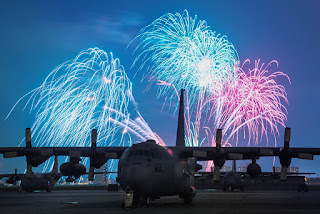 As I was not that busy, I thought, let me look at this smoky Diwali city. I did. I found that there was traffic on road, all around people were busy either lighting up candles or having Diwali fun burning crackers. But it was quite in a non-familiar way. There were more crackers this year than the last, so I thought Delhi had more money to spare. I did ... simply because the city had just successfully concluded the Commonwealth Games.

In a still familiar way, the crackers took to some spirits as the clock moved towards midnight. I thought that as the Diwali gambling was coming to an end...it was time for businessmen to get on with their crackling ways. It continued well-passed mid-night. I was cosy in my bed by then ...but the sound of crackers kept coming.

The city sky looked much cleaner than usual years in the morning next..surprising...but then 2010 has been different is all manners possible!