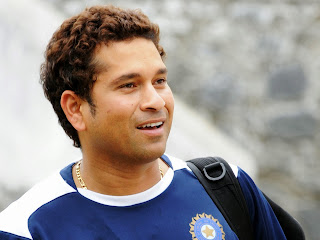 Sachin has made up his mind and it will be final. Many think he was not only the greatest cricketer but there never will be another like him.  Maybe this is true or maybe someone will come along who may not equal Sachin but make us remember him.  That certainly will happen.  But all this does not take away the fact that Sachin will go down as the greatest cricketer, cricket has ever produced.  What has Sachin got that others can only dream of.   Here we can look into some of these qualities and ponder : (i) Control over emotions.  A rare quality which not only helps to control anger but teaches how to avoid  silly mistakes.  (ii) Never court controversy.   Sachin knows how to keep away from  controversies.  (iii) Focusing at task at hand.  We Sachin for his concentration and commitment to cricket.  (iv) Sachin is a 'Thank U' person.  He will thank all persons who has helped in small measure possible. These are some of the qualities in Sachin we see.  But above all , its
Post a Comment
Read more

Gandhi - on his Birthday

Being born in a household who adored and revered Gandhi, it was easy to see him as more than a man.  As I grew up, textbooks added to that myth.  The more I read,  more than admiration grew.   Then those days passed.  One fine day I found myself with a copy of "My Experiments with truth".  I was astonished to read such a frank account of one's life said in the first person. Years have passed and my reading of Gandhi through different authors have added to my information and my understanding of the man who was Gandhi.  One thing stands out.  That no one person knows Gandhi, the human. One fine day, online, I found an account of events surrounding Gandhi which bestowed on me that how a single man without any formal authority at his command can bring sense into the head of people around him.  I retrace here from memory what I had read.  I would thank the author to recount the events.  The event happened during the partition of India.  For some reason, w
Post a Comment
Read more

World Heart Day - I too have a HEART 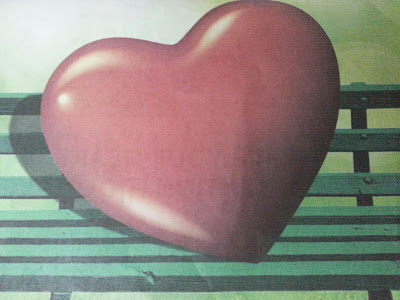 We all want to live our life to the hearts content.... but why does the heart fail?  Its because nobody wants to see you happy.  Why?   Because everyone is unhappy and would  not let his family,  friends, acquaintance so or strangers live the life they want and be happy .  We are mostly unhappy because the other person seems to be happy.  He seems to be happy to make us unhappy. So that from our unhappiness he may derive some happiness.   Actually we understand what unhappiness is but sadly don't understand HAPPINESS. Happy World Heart Day! What a Heart!!!
Post a Comment
Read more

Water is after all water 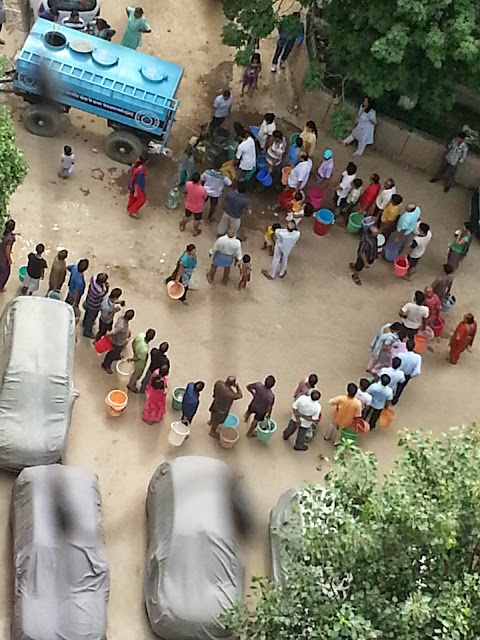 This pic is nothing new.  The line will grow as time passes.   The only thing that bothers me is ... are we sure how much water is adequate for us.  We should be thinking about it when this precious resource is scarce. As an end note...the pic is of a place where all are educated and highly qualified.
Post a Comment
Read more

Why is everyone healthy these days ?  Looks like why am I complaining about a good thing.  It may be a good thing but too much of a good thing is not as good as it visible to be. Is there something about the food we eat that is the source of the problem?   Yes, I think.   What got me thinking is my own food habits.   A decade back I could talk four rotis (breads) and not thinking twice about it but now eating even 2 rotis makes me feel that I am putting on weight.  I may add here that my food habits and live style has changed little in this decade but I look more healthy than I did then.  May I add here that in the last few years I have been a regular at morning walk. I feel that this may be due to the hybrid food items we have been taking.    I have no scientific data but only a hunch.  But this feeling is very disturbing. Mangoes - the King among fruits
2 comments
Read more 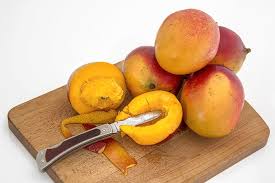 So it's 2013. And Summer is on. What should I do? Mango's have come early. So The seasons colour is yellow. Creative types have been using the blow, flavour and shape for inspiration. So what are you up to?
Post a Comment
Read more

What does one do at midnight other than listening to soulful songs doing soul searching?  Listening to ‘ Shirt da Button’ . I cannot stop wondering about the lyrics.  Its kind of funny but one can relate to it.  Its nearly there, but something is amiss.  The situation is like the feeling of a lonely lover whose love is getting married and moving on, most probably to another city out of his sight. Not funny but I know you will understand. Delhi makes you like it or hate it.  If you say like, something is growing on you, like a song, you would probably get blank looks.  Take for example the anti-corruption movement/ stir presently underway in the city.  The numbers in which Delhiites turned up in the first phase to support of the movement, in an equal show of apathy are nearly absent in the second phase.  Blame the climate, the nature of people who populate the city irrespective of ethnicity, language for food preference, the amiss people are near as reliable are they are actu
1 comment
Read more
More posts