Another Billion Rupee House in Delhi 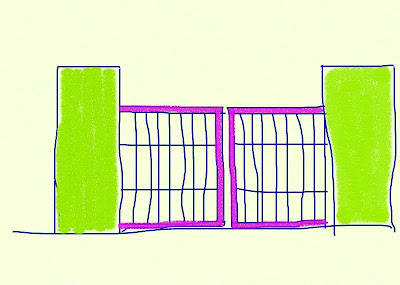 You get to see only the 'Gates'

Delhi has got another billion rupee (100 cr) address. The buyer of this house is an Indian businessman. When you hear this kind of news, it is easy to believe India is shinning. No wonder, an ordinary Indian has lost the hope of owning a home these-days.

In the past, Bill Gates Seattle house had created much interest and few year's back Lakshmi Mittal's purchase of a London home was seen with much awe.

Recent property deals in the country had thrown up numbers which would have been unbelievable a few years back. So, what we see today, like the purchase of a house for 100 cr doesn't amaze the populance, for they are used to hear big numbers.

It's a wonder, why people pay so much for a house. Again, the costlier the house, the less we get to see of it. Common people get to see only the 'Gates' that lead to these houses...and read about them in the media.