- August 06, 2009
I came to Delhi in the early summer of 1998.  It was cooler in the  April of 1998.  But, I never thought it would be equally hot and unbearable in the summer of 1999.  That memory has long been lost in the soothing summer that followed. But again it seems, when we forget history it is bound to repeat itself.  Even with all the modern amenities, the summer of 2009 will be there in my memory for at least another 10 years particularly for the reasons, which I forgot soon after 1999.

Climate is moody and cyclic and it is we who forget but do we should not be forgiven for it.

Sometimes, it may look brazen, sometimes we do blame it on climate change and sometimes we have to blame it on the collective loss of memory to events which have happened in our lifetimes which we have chosen to ignore.  Climate is changing but not in a drastic manner as has been pointed out to us.  It seems that modern gadgets have become less adaptable to the changing moods of nature.  With such fast life, even memories which were just five years old seem to have been in our other life.  In the days we live only we are able to digest the varying mood of the SENSEX or NIFTY but any normal natural change is beyond our capacity to comprehend.

When while I write this and feel strongly about it, I am feeling the urgent need to turn on my AC, which I have turn off just to get into a mood for writing this piece. 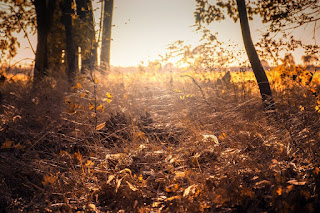